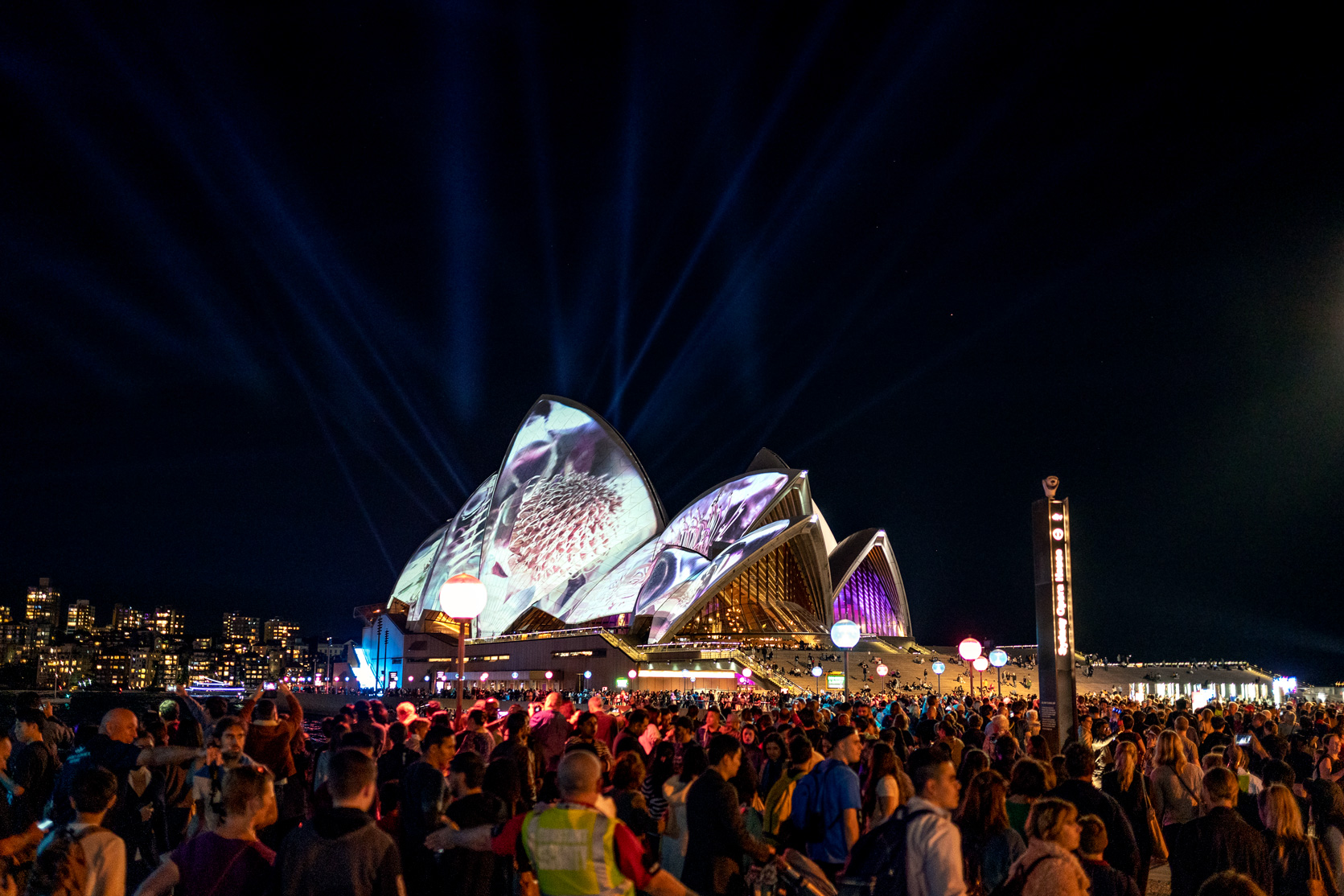 Here are some photos from the Vivid festival here in Sydney. Nothing really changed much this year so I didn’t take many photos. The few photos I did take were mostly candid street shots.

All shots were taken handheld and I had to bump the ISO up quite. This is probably the first time I’ve used the A7III as high as ISO 12,800 and I have mixed feelings. As I don’t have both cameras side by side, it’s hard to make a direct comparison. Below is an image at ISO 16,000 with the Canon EOS 6D Mark II which I found to do very well at high ISO’s. I hope to use the Sony more in real world high ISO situations to get a better idea at how it performs at high ISO’s.