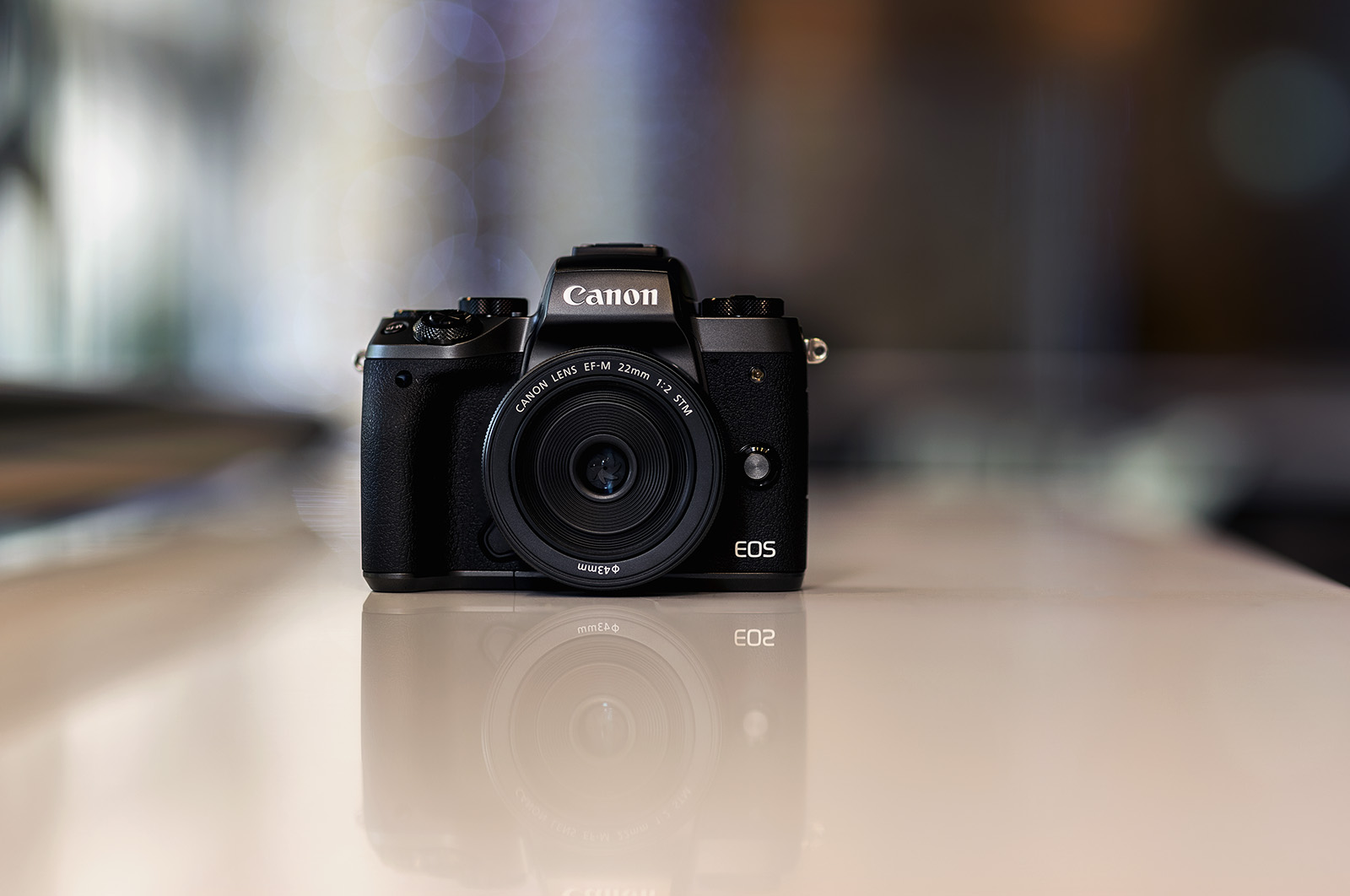 Still Life
It’s been a week now since I first got my Canon M5 and I can honestly say I’m in love. From its first announcement I was intrigued by it, although I had the M3 and it seemed too soon to upgrade. I had convinced myself I could at least wait a few months until I sold the M3 to fund the M5, then I seen a sale that was too good to resist and all my self control went out the window.
For this short review, I will just be covering how it works for my uses and I won’t be looking at areas such as dynamic range. All the images shown in this post were shot in RAW and processed in Lightroom and Photoshop.

The size of the M3 was definitely a huge advantage. I got it as a point and shoot for my girlfriend to use while we travelled, although I ended up using it a lot myself as the image quality and performance was a lot better than I excpected. From product images online, I initially thought the M5 was a lot bigger than it actually is. It is not much larger than the M3 aside from the EVF bump at the top and the slightly larger hand grip.
In my hands, I can barely feel any weight difference compared to the M3 which is obviously a good thing. A common issue I read of and experienced with the M3 was camera shake affecting images due to the body being too light. I haven’t noticed any issues with the M5 but this could be due to the improved autofocus which i will go into more detail later on. When using EF lenses via the adapter, it does add to the size but that is also dependent on the lens. For smaller lenses such as the Canon EF 50mm f1.8 or 35mm f2 IS, it doesn’t add too much bulk to the already small stature of the M5.

Although it was certainly not bad, the M3 did leave something to be desired when it came to autofocus. My other body is a 6D which does have an impressive center AF point, although the other focus points are few and leave quite a bit to be desired.
Athough I had previously never used a body with Dual Pixel AF (DPAF), I had seen what it could do and was eager to experience it first hand. The fact that the M5 had DPAF was a huge selling point for myself and possibly the main reason I wanted to upgrade to the M5. After one week I prefer the M5 over my 6D in some ways, the main one being due to the DPAF. I’m not the steadiest when it comes to shooting handheld and the fact I always shoot wide open doesn’t help either. The M5’s tracking plus continous focus has really helped in situations where I’m shooting wide open and my subject finds it hard to stay steady.
One thing I have noticed that is definitely worth mentioning is the issue of using continuous focus with EF lenses via the Canon mount adaptor. Although the AF is still accurate, it is a bit loud compared the native mount EF-M lenses with their STM focusing.

This is an area that the 80D is definitely not lacking and considering it shares the same sensor, it has already proved itself in this area. I have all my cameras set to capture JPEG + RAW although I rarely ever use the JPEG’s (the exception would be family events or happy snaps when I travel). The M3 managed to impress me with the quality of its JPEG files and the M5 is no different. The rear LCD combined with the “Fine Detail” picture style makes for some great images that not only look impressive if you wanted to use them, but also help when reviewing images.

High ISO performance is quite impressive. I remember back on my 550D, I would be nervous to even shoot at ISO 800 as anything over that could get quite noisy. The image below was taken in a fairly dark restaurant and the amount of noise was minimal. I don’t usually touch the noise reduction in post but decided to give it a try which made the final result look pleasantly clean. If I was to shoot in a bright or moderately lit situation, I wouldn’t hesitate to bring the M5 along with me.  If this situation was more challenging, the 6D would still be my weapon of choice due to its better high ISO performance. This is of course expected of a full frame sensor and nothing to hold against the M5.

My first impression of the M5’s EVF was not that positive. Although I personally didn’t notice any lag, the display seemed somewhat over saturated which doesn’t suit my personal taste (especially after always using an OVF). After a week of using the EVF as much as I could over the rear LCD, it no longer bothers me and I’m comfortable with it. Although it is not a unique feature for the M5, it is great to be able to use the touch and drag AF feature as well as zoom in on the actual EVF to get precise focus. The image below was taken in manual focus with the aid of focus peaking through the EVF. Two things I struggle with are manual focus and holding a camera steady when using the rear LCD and hand holding the shot. Having focus peaking has helped me to no longer fear manual focus and be able to hold the camera up against my head to better steady myself, which is something I had trouble with when using the M3.

The M5 is the camera I never knew I needed, but now can’t live without. For some, it may be something they feel isn’t competitive enough in the current APSC mirrorless market. For others such as myself, it’s a great carry around or second body that suits their style of photography. If I was just starting out again I would personally prefer a body like the M5 as you get something small that you can take everywhere, as well lenses from 3 different mounts to choose from when using Canon’s adaptor. Below are some more images that I’ve taken with the M5.

Thanks for reading and you can expect to see many more photos from me using the M5. Over the next week or two I hope to use the body more with my EF lenses. If anyone has any questions or would just like to say hi, don’t hesitate to leave them in the comments section below. 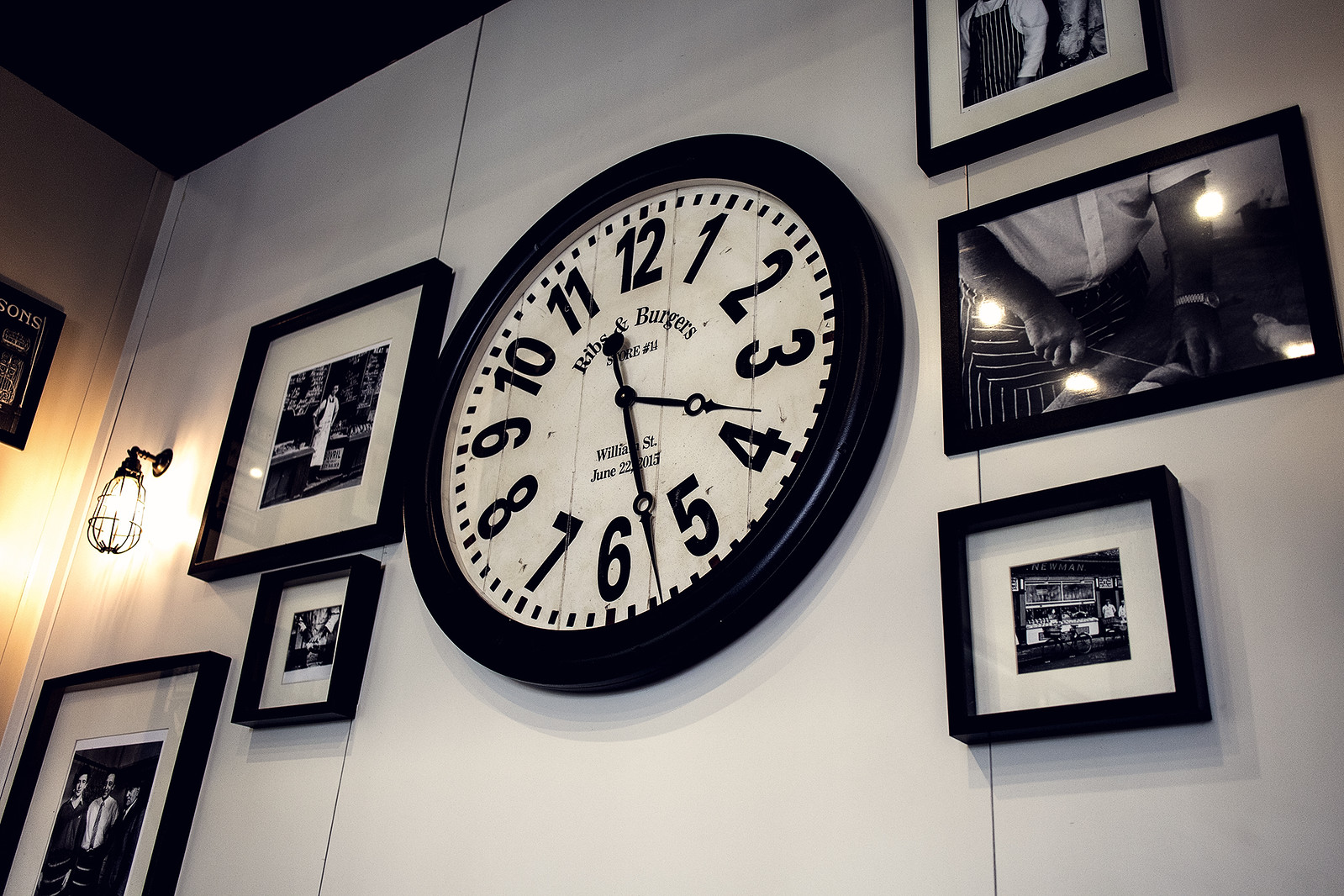 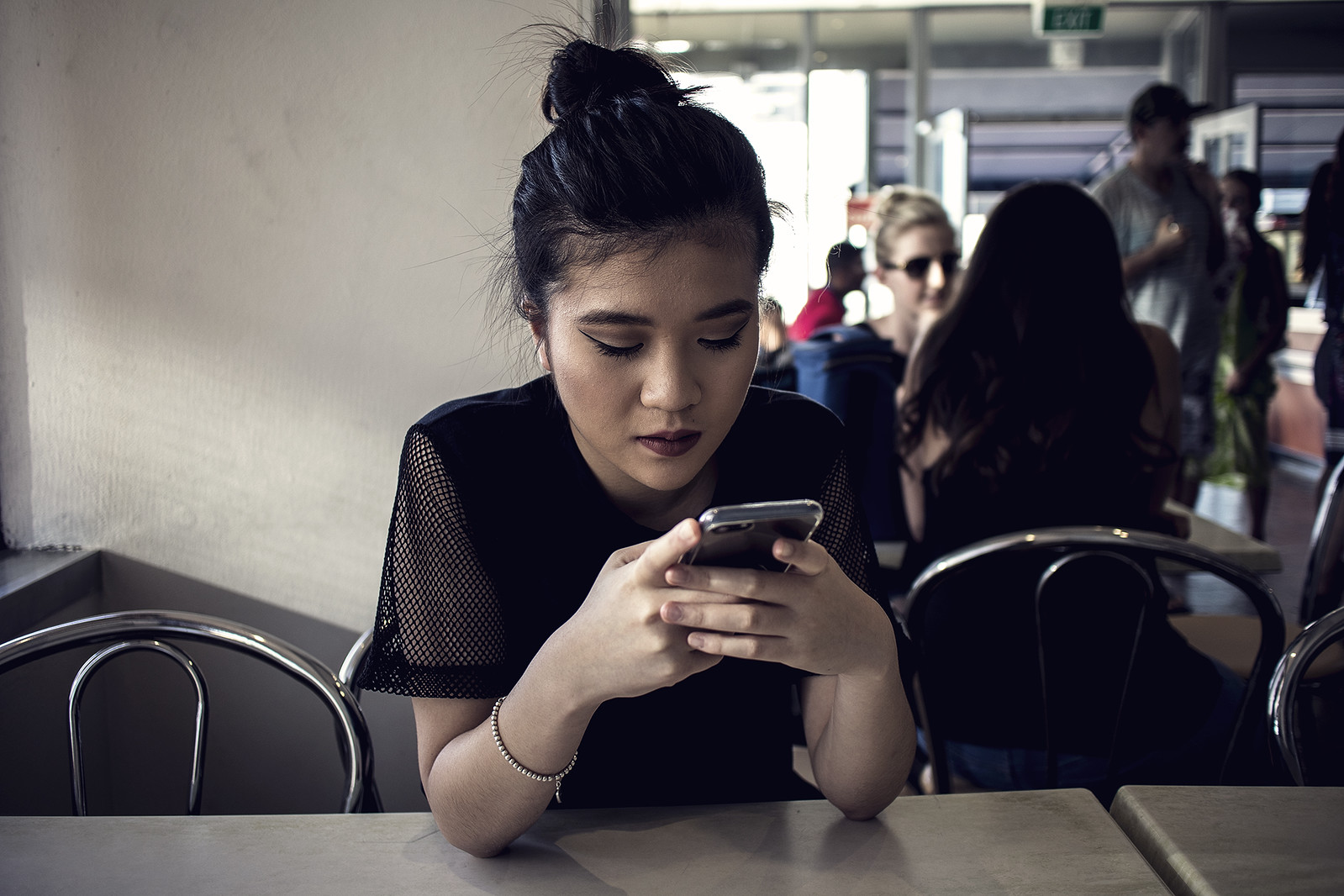 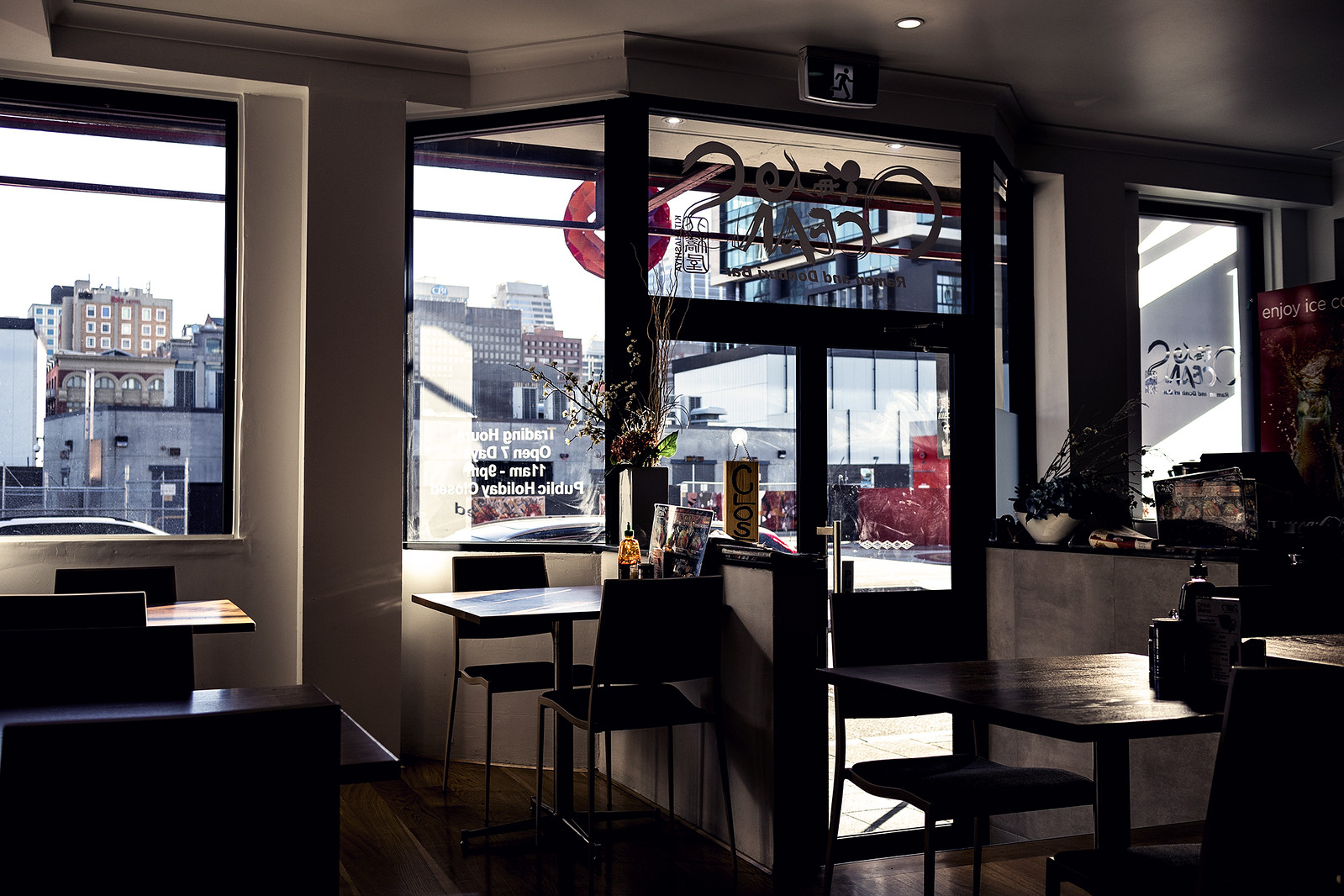 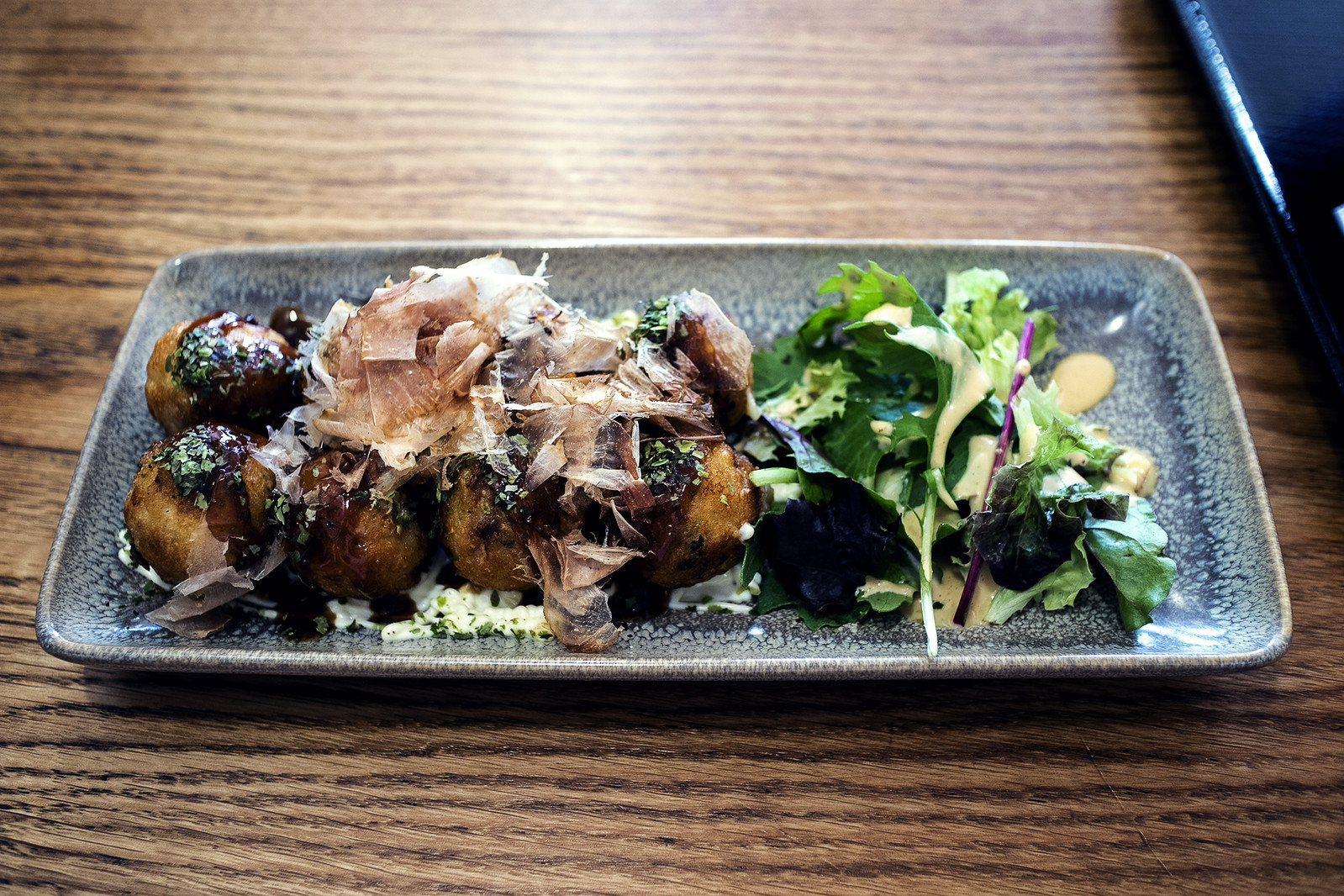 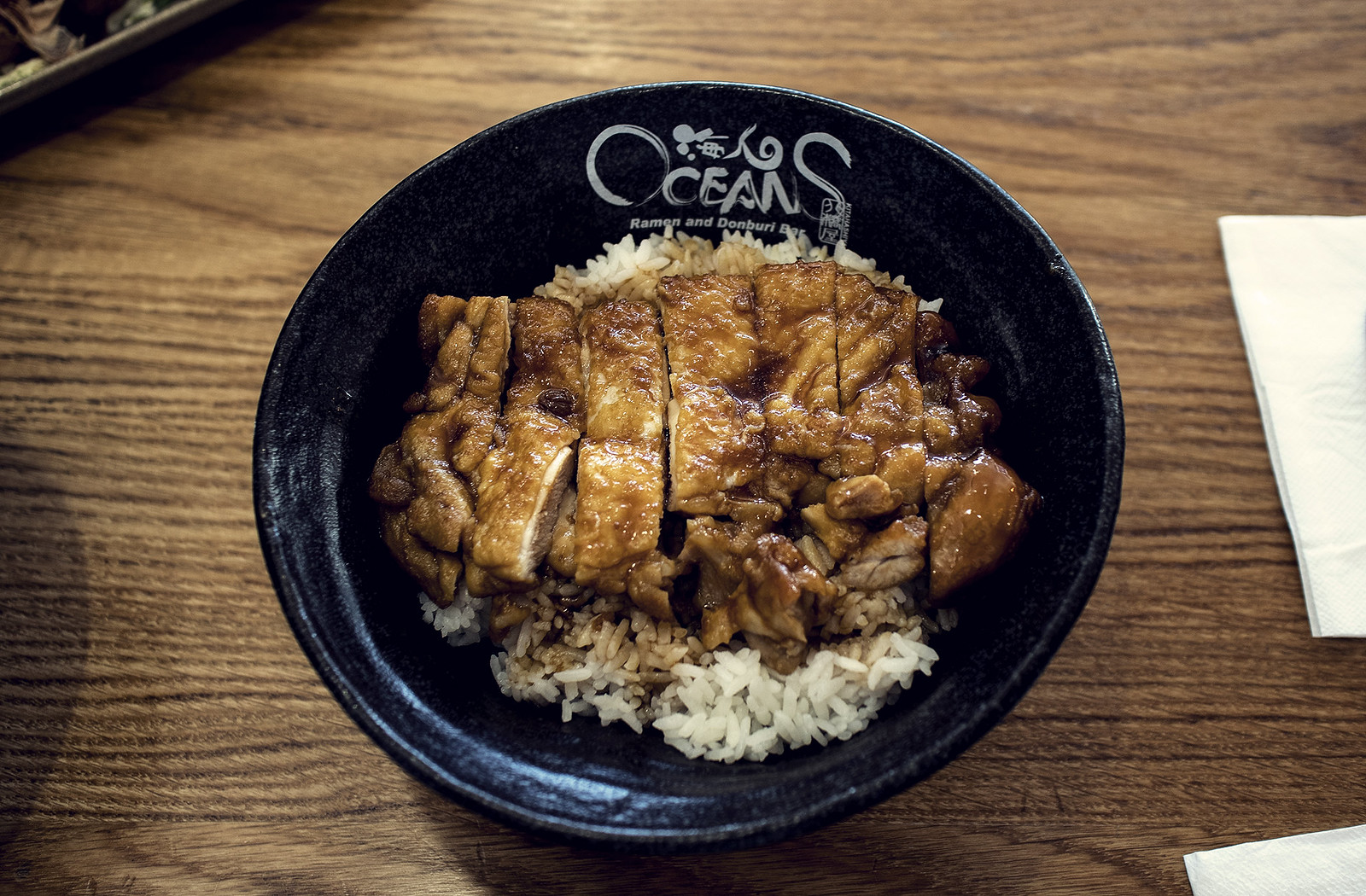 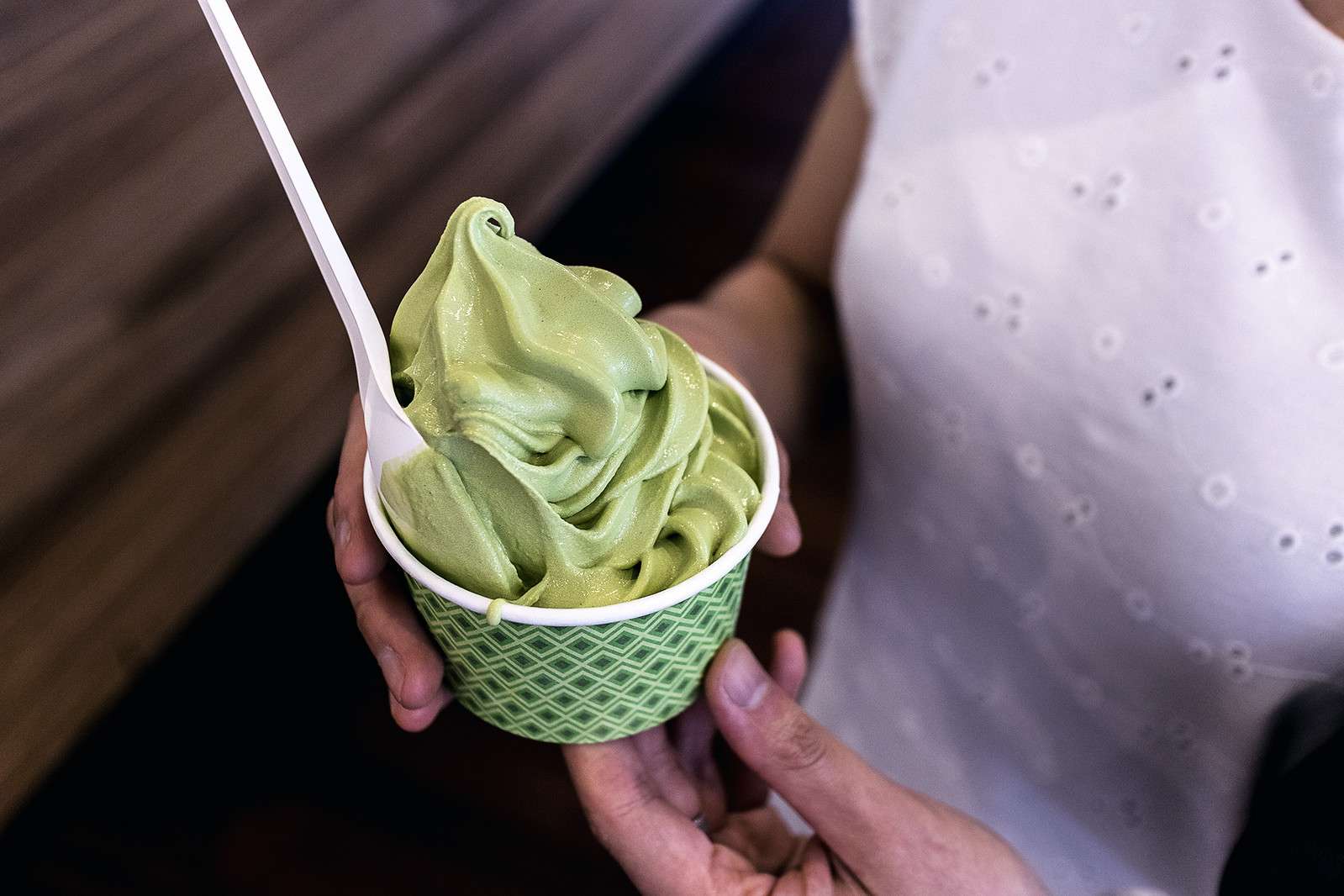 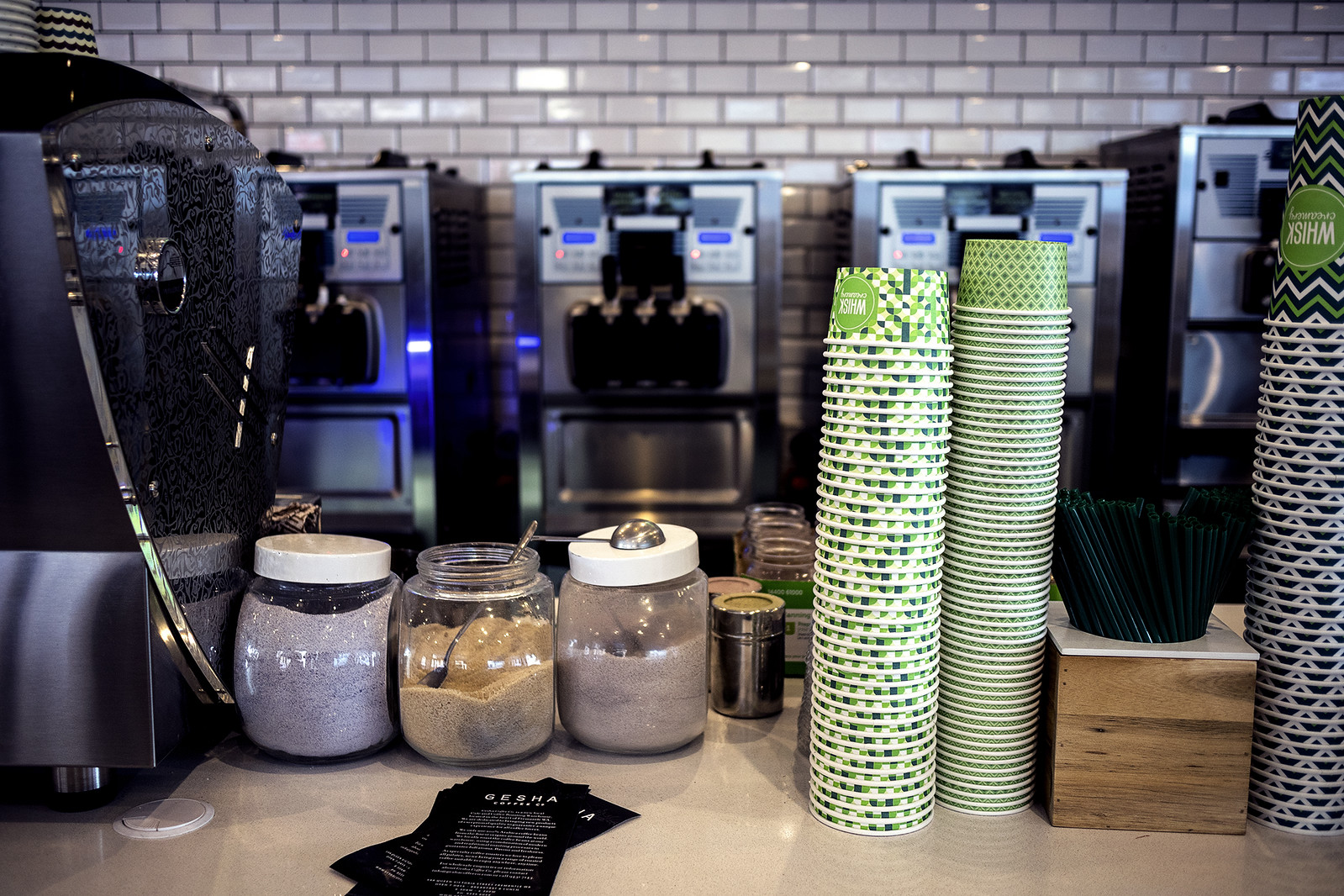 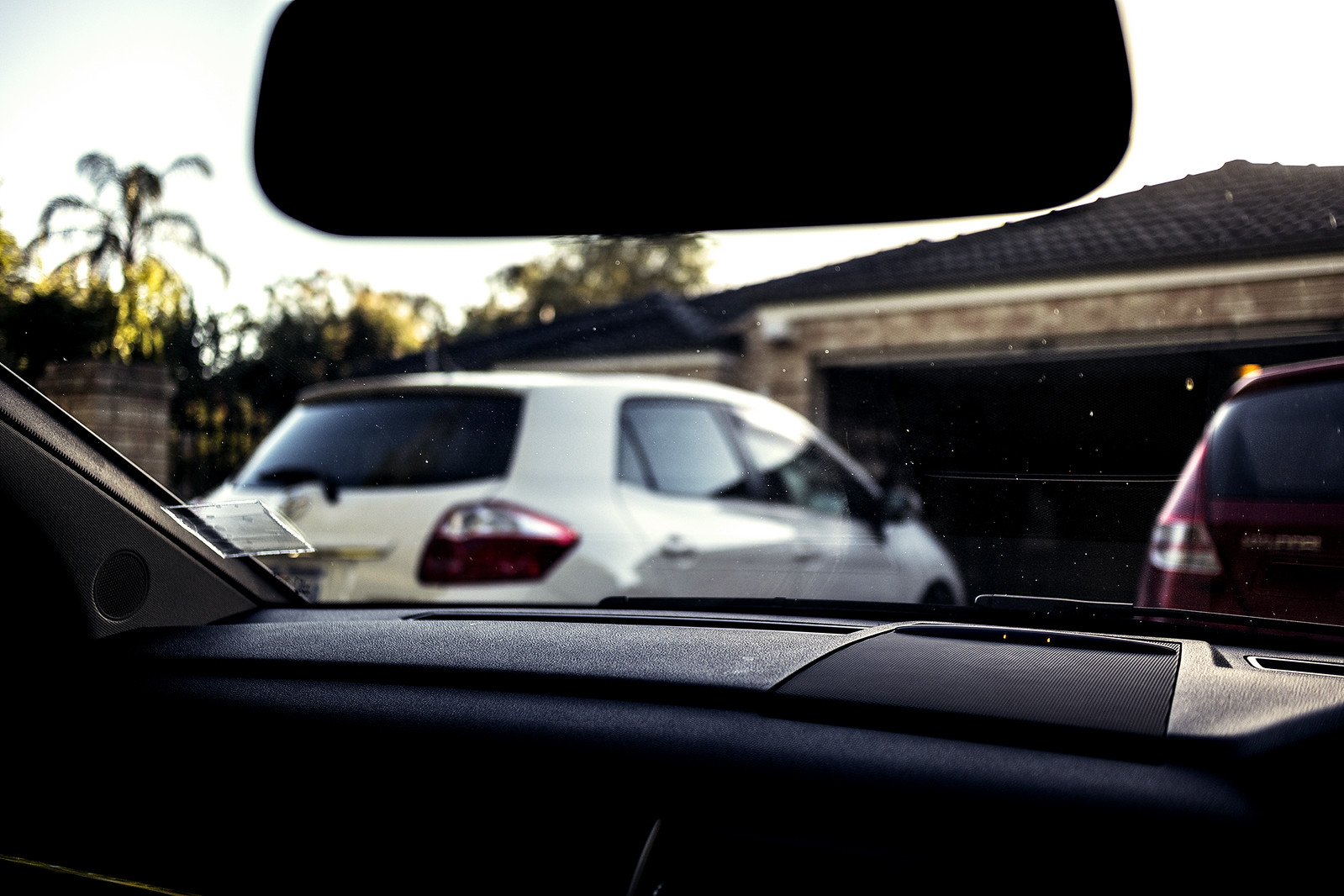 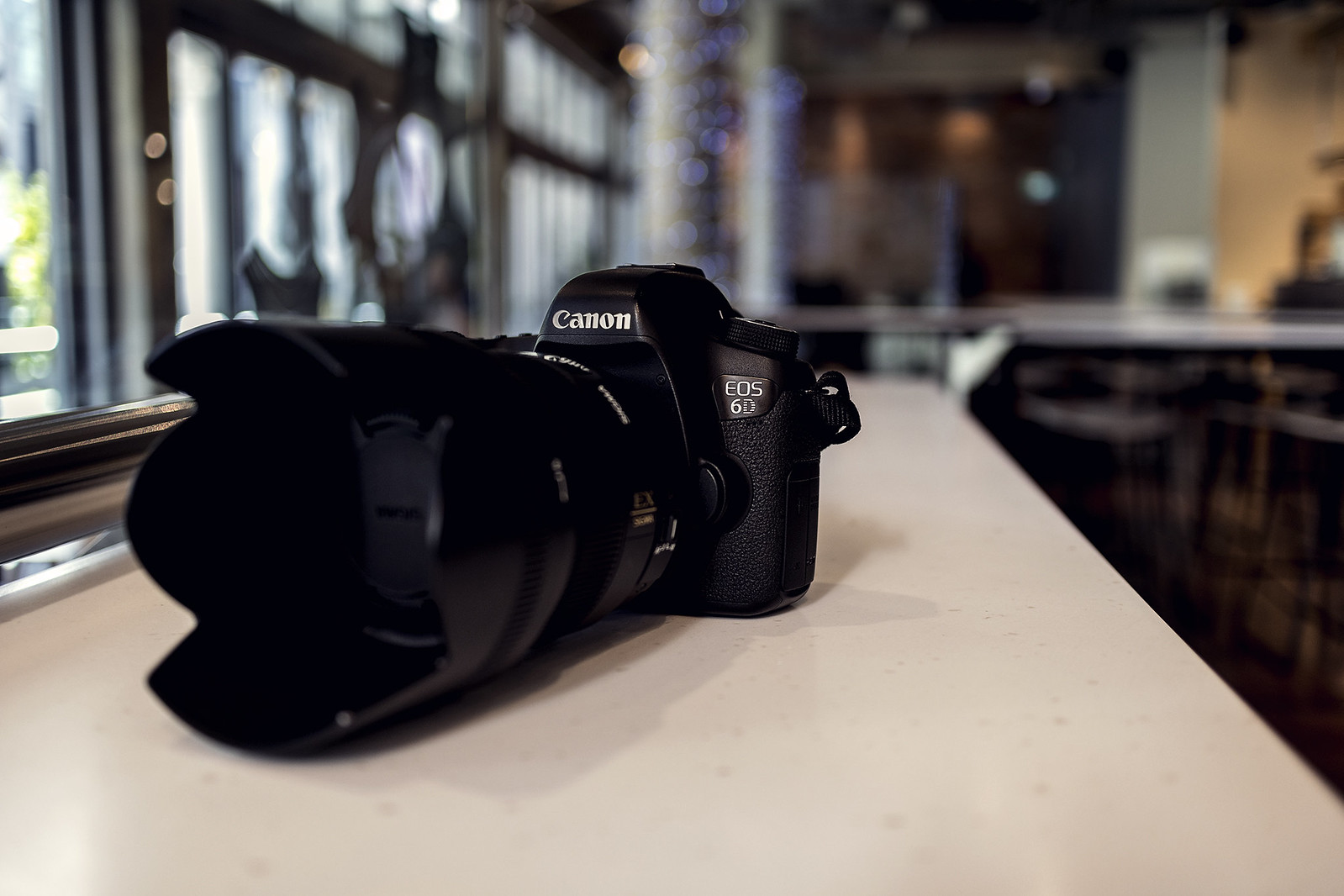 What happen to all the shadow detail? It is so dark it gave Canon a really bad name!

Is there a particular image you’re referring to?

Reezreply
– In reply to: Daniel Lee

I think what he meant is overall images’ shadows are darker than usual, seems to have higher contrast. I believe you did some minor post processing on these images?