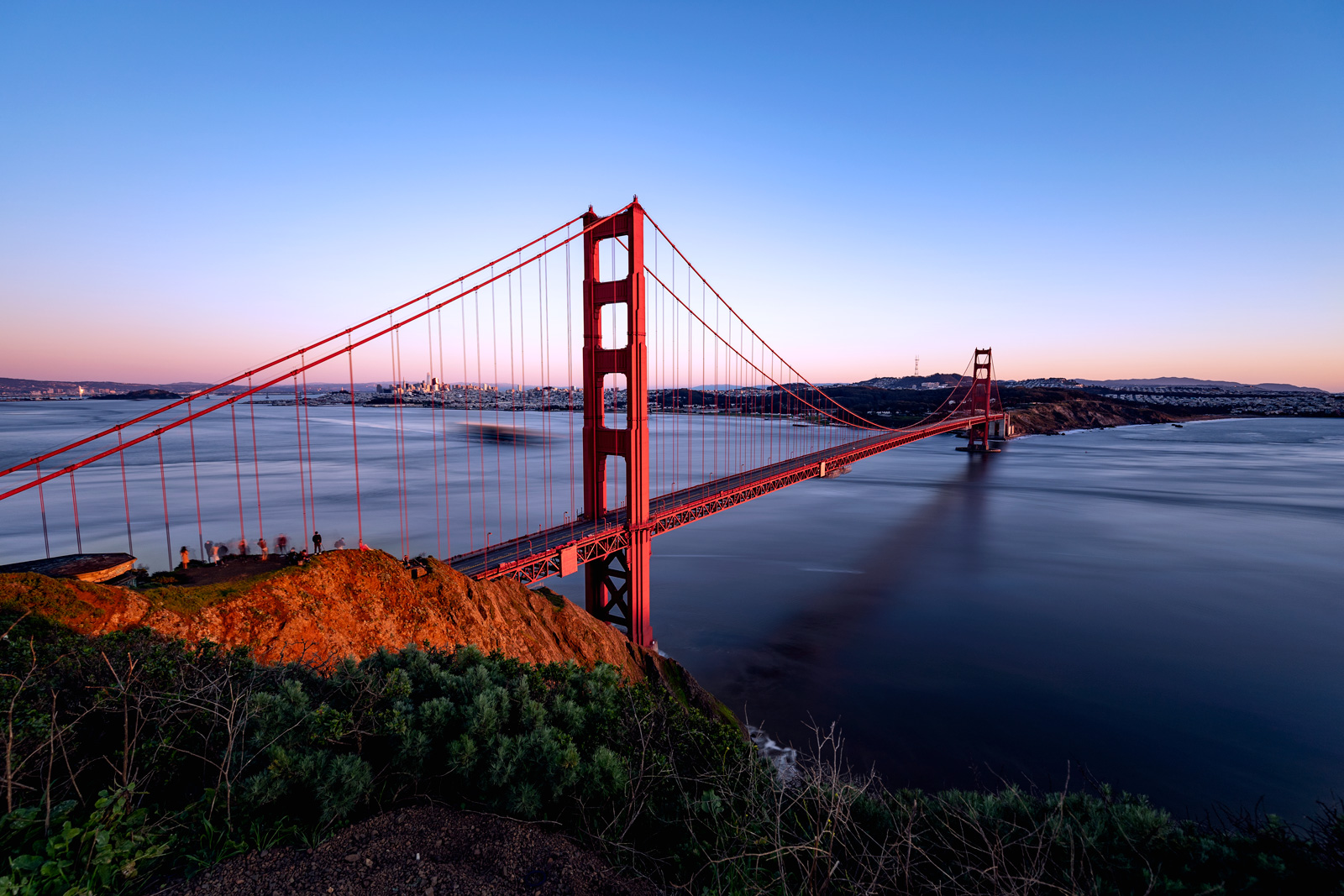 This week I just got back from my trip to San Francisco and Hawaii. This was the first time I’ve visited the United States so it was an interesting experience.

Out of the two locations I visited, San Francisco was my favorite. The weather was colder than I was used to but I brought the right clothes so it wasn’t a problem. I visited many locations and Battery Spencer was definitely my favorite.

The view from Battery Spencer is really amazing. A lot of people were up here ranging from people taking their IG selfies, tourists (like us) checking out the view and other photographers there for sunset. I somewhat wish I had taken more photos of the Golden Gate bridge, such as a vertical orientated image, but I was so happy with the featured image that I packed up.

On the way back to the car park, I took the image below. It was a full moon so I was able to keep my ISO low at 640. This was also an amazing view which I could have sat and watched all night.

We managed to get a hotel that was only 1 block from Union Square which can be seen below. I took this from the balcony in the Macy’s building while waiting for a seat at the Cheese Cake Factory. In this case, the 16-35mm would have been a bit more suitable in this situation. The Tamron at 28mm still did a great job and got the composition I liked.

Like any other trip, a lot of time was spent on my girlfriends shopping. While she shops, I usually went on my phone or stood outside and did some street shots. Below is a shot I took around sunset at Market Street. I would run into the middle of the road, kneel down and try get my shot at the right time. I managed to time this shot well and capture not only some pedestrians, but the Cable Car without any vehicles blocking the view.

I have more images to share from around here but I’m saving that for another post. I did quite a lot of street photography, including a portrait of a man who looks like Albert Einstein which I am excited to share.

The final image which can be found below was taken at the Palace of Fine Arts. This image is one I was really happy with then disappointed after reviewing it once home. When I initially took this image, I was so focused on the sky and water that I didn’t really pay attention to the actual architecture.

Once I began to edit the image i noticed one major problem, the tree blocking the building. That day I was in such a rush to get to Battery Spencer by sunset so I didn’t even notice it. I guess it’s not a major issue but it does bother me and I wish I had taken another shot from further to the left.

These are my favorite five urban images from my trip. My next post will be more people orientated and focus on my street photography from the trip.