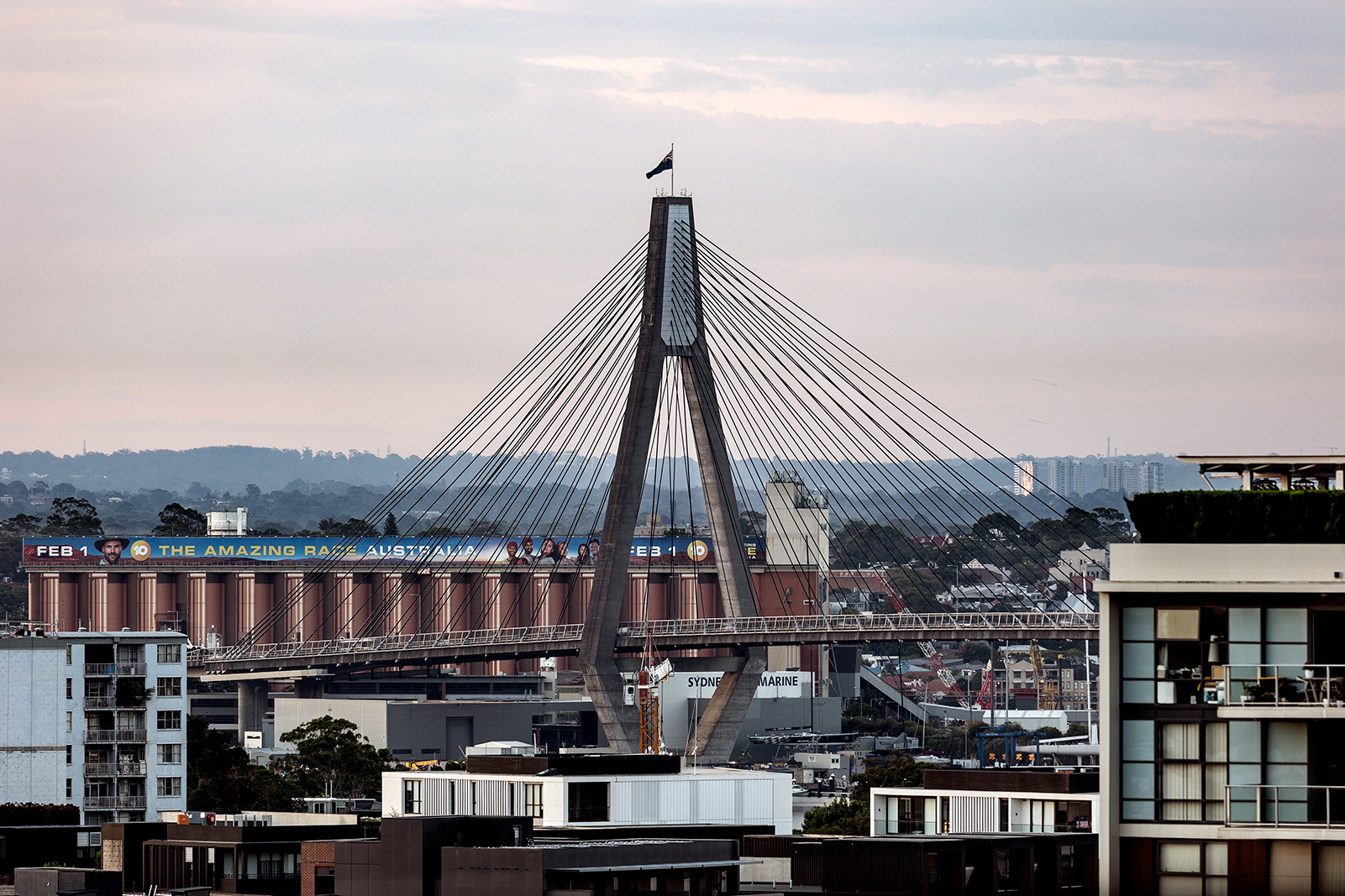 Greetings and salutations! As always I’m here to present my images from the past few weeks. I’ve been using the R6 a lot, I’ve found myself shooting everything I can around the house just like when I first started photography which is a great feeling to have.

The R6 has been coming out with me more again when I go on my daily activities. For these images, I used the RF 35mm f/1.8 IS and it’s honestly phenomenal. The more I use it the more I get that feeling I got from my old EF 35mm. I will say the rendering is really nice on the lens too, it’s always fun to edit the files it produces.

A bad habit of mine is not stopping down enough with a lens like the 35mm and for a lot of food shots, I find you need at least f/4. Below is an example of this. I still managed to get a nice bokeh but the majority of the food in focus.

The same goes for the below image which was my girlfriends meal (I don’t eat salad). The DOF was enough to show off the food but also provided a nice out of focus background for the rest of the image.

I also decided to take my RF 85mm out with me to dinner one Saturday evening for a change. Although in this scenario I would typically bring the 35mm, I do take the 85mm from time to time.

Below is a photo of the miso soup from Harajuku Gyoza which we ate at on the weekend. The food and service was great here and it’s definitely somewhere I’ll visit again soon.

I had taken several other images while there but nothing that stood out so I just kept the jpegs but won’t post them. After we left I decided to see what the RF85mm looked like for full body images which is where the below images comes in.

I would say the rendering is quite nice and although you won’t get the shallow DOF you would with an f/1.4 lens, I feel it would still be more than useable for the type of street photography I like.

With my product and still life photography I always try to use different setups. In saying that, I have a few favorites that I always go to and use time after time. I wanted to try some different ones so I decided to order some backdrops off of AliExpress which turned out quite nice. Below is an example of the backdrop in use.

I used my AD200 to light the subjects, fired from camera left into a diffuser. I also got some fake wood ones but they don’t look convincing as the image used to print them is very low resolution with no visible textures.

This backdrop was also used for the image below which is of my crystals which I just recently got.

I wear these crystals to help improve my career, remove any bad energy and prevent anything bad from happening to me. My girlfriend is the one who originally got me into wearing them and now I feel strange without them.

At first I wasn’t sure the best way to capture an image of these as I usually wear them so something on my wrist was my initial thought. I decided to try this first and it worked so well I stuck with it.

I am very happy to say my Tamron 100-400mm f/4.5-6.3 has finally arrived! My first impressions when unboxing the lens was that it was heavier and larger than I imagined it would be as most people had mentioned it was small and light. Keep in mind I have never used a 100-400mm lens prior so I have nothing to compare it to myself.

With most new items, I felt the need to do a more professional style product shot which can be seen below. At first I used a grey background but I felt it was a bit boring and decided to use blue since it seems to be Tamron’s color of choice.

After getting this lens I was very eager to give it a try although my EF to RF adapter and tripod collar hasn’t arrived. At first I thought I’d have to wait then remembered I could use it on my M5 as the EF-M adapter had a tripod mount. I went to my local park and was very pleased to capture the below image of two Long Billed Corella’s.

This was actually in a park near my house and at first I could only see ducks and pigeons so was about to leave until I noticed them.

Aside from testing around the home, I didn’t use the lens that much after that until I got the RF adapter and the tripod collar. Once I managed to use it on my R6 I was blown away by how much better it performed on the R6 compared to my M5. Thanks to the IBIS, the lens was also much easier to shoot handheld as the EVF was very stable.

From my testing I found the Tamron 100-400mm to be tack sharp wide open at all main focal lengths. With my initial testing on the M5 I found it a bit soft at 300mm and 400mm but thankfully that was the exact opposite on the R6. Last weekend I decided to go up to the rooftop area of my apartment and take the following images.

The above image is a cityscape of some high rise apartments in Pyrmont, Sydney. Without the 100-400mm I wouldn’t have been able to capture the image as there’s no high up location with public access anywhere near.

A bit to the left of the previous image, we have the Anzac Bridge which can be seen below. This is sort of my first official cityscape with a telephoto lens so I’m pretty happy with it. Over the years I’ve grown to like and appreciate the more compressed look for landscapes/cityscapes. In saying that I still like the look of using a wide angle lens, it’s just with a telephoto lens you can get images that wouldn’t usually be possible with a wide angle lens.

Sadly the sky was a bit hazy due to the heat that evening so the colors weren’t as nice as they could be but I’m still happy with the image overall.

Now I’ve been doing photography for over 9.5 years now and you may find it surprising to hear I’ve never tried to photograph the moon until last weekend. There was one time when I first started that a friend and I used my tripod and his 600D and 55-250mm lens to try capture the moon but the results weren’t that great. Now that I own the 100-400mm, I decided to finally give a try and the results can be seen below.

Considering that 400mm is still pretty wide for a moon image, I had to considerably crop the image. This is where an R5 with its 45mp would really come in handy but regardless I’m REALLY happy with how it turned out for my first shot. Sure it’s not a unique image or something that has never been taken before but it’s a first for me so I’m proud of it!

I’ve now owned the Canon EF 50mm f/1.8 STM for over 4 years and honestly never liked it. I felt my copy was too soft wide open, even when using it on my M5 and A7III. Despite this I decided to give it a try on the R6 and I was very surprised with the results.

If someone was to tell me this was a completely different lens to the one I’ve previously used then I would honestly believe them. The above image was taken wide open and it is quite impressive how sharp the images is.

The same goes for the below image which isn’t the most technically perfect or artistic image but still shows how sharp this lens can be wide open.

Next up we have Yeo’s Soy Bean which is a really popular drink that originates from Singapore. As Perth is much closer to Singapore, we used to see this drink everywhere there but not so much here in Sydney.

They had this on sale at a local store so decided to drink some for old times sake and really enjoyed it. I also thought I’d take a photo to see how the 50mm focal length looks compared to 35mm. I would still say I feel more comfortable using 35mm for these types of shots as I can hold the subject much closer.

Last but not least, below you’ll see a different type of shot with the EF 50mm f/1.8. Usually for a fast lens you would expect something with a more shallow DOF but I thought I’d give it a try for product photography.

This was stopped down to f/5.6 and had a really great result. I did shoot the image on white though and change it in post as I find that much easier. I could see myself using it again for product shots but the 85mm would still be my first priority.

A lot of nice images! Good that you’ve been shooting frequently. Tamron 100-400mm f/4.5-6.3 seems very interesting! Do you plan to take it with you when traveling overseas (or too big)?

Thanks Joey and yeah I hope to keep this frequency up, as long as I don’t run out of ideas! Although once DST ends and I have a car then I’ll have no excuse 😂 yes I do, a lot of places I visited like in Auckland would have really benefited from it and I’ll probably just leave it in the hotel on days I’m not using it.