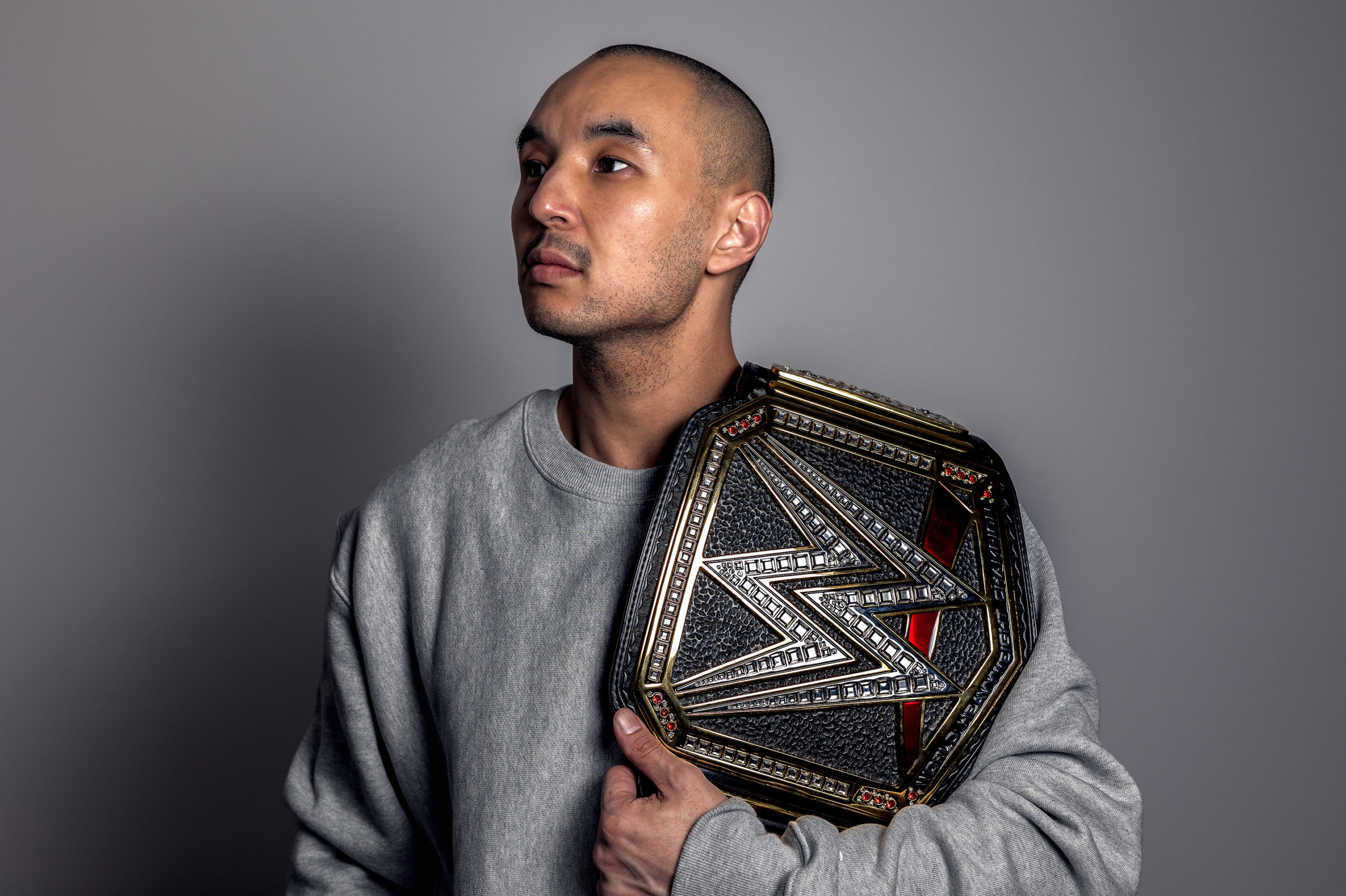 So this week I’m giving a bit of an insight into another hobby (more likely obsession) of mine which is the world of WWE. I thought it would be nice to split this into two sections so here it goes.

I had wanted a new self portrait to use as my display picture everywhere and much to my girlfriend’s dismay, I wanted it to be with my wrestling belt in the photo. I had tried to do this image previously but didn’t like how it turned out. I was using a honeycomb grid on my soft box which was mainly the issue. I found once I used the soft box without it, I liked the way the image looked much better.

I originally tried to use my 35mm prime for this but I felt it was too wide. I ended up using the RF 50mm for the image you see above which worked much better. Ideally the RF 85mm would have been best but I didn’t have the space to get this framing at that focal length.

Ideally it would be great to have a second AD200 for some rim lighting as my RGB light stick is easily overpowered by the Godox light so doesn’t work well in this scenario. Regardless I got the image I wanted so I’m happy.

The Story Behind the Image

I know some people are embarrassed to say they like Wrestling but I’m certainly not one of them. I started watching when I was around 7 or 8 years old and was absolutely obsessed with it. In fact as a kid I wouldn’t talk to people unless they wanted to talk about wrestling. The Rock and Shawn Michael’s were my favorites and I even tried to dress like the former when I was in Primary School.

When I was in high school I managed to attend a live show and I remember seeing so many people there with replica belts. At the time, money was tight so it was something I could only dream about owning one day. I watched WWE until around 2008 then stopped watching for some reason which I wish I never did. Fast forward to 2020 and Covid hitting, none of my shows were on so I needed something to watch. At first I was a bit hesitant to get back into it since many of my favorites like HBK had retired a long time ago but I decided to give it a try. I’m glad I did as it’s now much easier to watch compared to when I was a kid and there’s some really great talent in the current roster.

One of the first things I did was buy the replica WWE World Championship which I always wanted to own. It’s an amazing thing to own and I hope to one day get another belt, likely when WWE visit Sydney next year (I already have tickets). I hope to never stop watching again and make the same mistake I made long ago.

This concludes this post and I hope anyone who reads this is enjoying the new format. If you’d like to be notified when I release a new post, please subscribe at the bottom of the page.